Today marks Day 14 of the 21-Day Meditation Experience. Each Soul Stroll, Each Meditation, I embrace the tiny breakthroughs that occur. There is no major fanfare going on, no busting down the door kind of breakthrough, but a continual feeling of lightness as I walk my journey. The lightness and freedom that come from recognizing and acknowledging that which was/is weighing me down….And allowing myself to let it/them go, for my own well-being. Breaking down those barriers, breaking those habits…being Free of them, feels pretty dam good!!

Day 14 – Many Breakthroughs, One Victory

“Breakthrough is guaranteed, if there is enough light.” ― Sunday Adelaja

You make a breakthrough every time you break out of a habitual response. Habit may veil our awareness, but awareness has the real power. At any given moment, if you notice how you really feel and what you really want, old habits begin to dissolve. People can break as many habits as they want by giving themselves freedom of choice.

Celebrate every breakthrough the minute it occurs, but know that in reality there is only one victory: the victory of awareness.
{source}

HERES TO THE WILD, THE WEIRD, AND THE WONDERFUL….

To those who ride the waves on their own seas and lose sight of the shore. Who discard the rules, the labels and the chains that once bound them, in search of the truth of their heart. To the ones who are fueled by the authentic and the uncensored, no matter how gritty the taste at times.

Here’s to the mismatched puzzle pieces that don’t get invited to join in all the reindeer games; that get left behind in the dust to learn their own way to fly. Who in their sacred solitude grace the skies with wings of freedom and a destiny born of soul fire.

To the rare, unearthly beings who walk the road less traveled, taking the adventure that rises on this path with purpose and passion. Who are brought alive by the fire in their blood and the longing threaded through their being.

Here’s to the rebels, the heartsick originals, and the bittersweet loneliness that fuels their spirit. To the ones who won’t conform, back down or step aside. To the ones who were not born to fit in but to gloriously stand out. To those who are here to be midwives of the genuine.

To the tribe of troublemakers that think so far outside the box, they dream on the edges of the infinite. To those who dance even though they have no idea how; who stumble and make it part of the steps, sing completely off-key and totally out of tune.

To the ones who raise their voices to the heavens even though they don’t always know the words.

Here’s to the awakened ones whose purpose is to feed their soul and not starve it. Whose mantra is the drumbeat of their own heart and the brilliant possibility that looms on the horizon. To the ones who dare to be open, to feel, to love and to live.

Here’s the magical, the mystical and the misunderstood. To the wise ones who move between the shadows and the light. To those who howl at the Full Moon and run naked in the flowing streams. To those who read the compass written on the walls of their hearts and follow the North Star etched upon their spirit.

Here’s to the fallen, the broken and the shattered. To the warriors who know that to be cracked is to let the light in deeper. Who know that the best fruit is on the very tip of the branch and the brightest jewels are hidden within the roughest of surfaces.

To the ones intoxicated by the burning of the winds of change in their lungs and who live in the lands that others fear to tread.

Here’s to the brightly colored patchwork of divine visionaries that won’t stand down, play small or sit out. To the stargazers, the storm-chasers and the Old Souls that walk this Earth.

Here’s to the wild ones. Here’s to you.

~C. Ara Campbell~
Thank you C. Ara for your words that found their way to me…….✌️

IT’S NOT AN AGE THING…IT’S A STATE OF MIND! 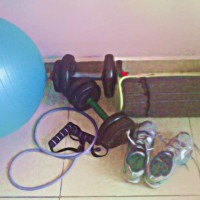 Mindful Of Me Moments Blog

Building spiritual, emotional, physical, and mental health one blog at a time

“In the depth of winter, I finally learned that within me there lay an invincible summer.” ― Albert Camus

Jenny's Reflection
Life Is a Fork in the Road

When we show each other what we find beautiful, we get a glimpse into each other's hearts.

Widower trying to find life after death of spouse.

This site is dedicated to my spiritual and physical journey before and after the death of my husband and the father of my son from cancer. It is about grieving, loving, understanding and sharing, and living in the connection while accepting the physical separation that passing on brings. It is also about moving forward in your life from whatever challenges life hands you and living the life that is wanted for you from above.

Stories of me wading through the shit show that is my life while trying to grieve, work a full-time job and raise a very energetic toddler. #WorthyWidowatWordpress

Life 2.0 and other weird shit

A blog about transformation while walking through life

Understand that the right to choose your own path is a sacred privilege. Use it. Dwell in possibility. Oprah

Join me on a health and fitness journey