There are variations depending on the rendition of the story.

He has just enough money to buy enough leather for two pairs of shoes. He cuts the pieces of leather for two pairs, and retires for the night. The elves come, again, that night and make two pairs of shoes with the additional leather. He gives away one pair to a needy person and sells the other pair to a referral from the first customer who is immensely satisfied……
He buys leather for three and stays up to find the elves making the shoes. The shoemaker and wife make clothes for the elves the next day, but the elves are freed when given clothes, so they leave, and the shoemaker and his wife never see them again.

“The Steadfast Tin Soldier” (Danish: Den standhaftige tinsoldat) is a literary fairy tale by Hans Christian Andersen about a tin soldier’s love for a paper ballerina. After several adventures, the tin soldier perishes in a fire with the ballerina. The tale was first published in Copenhagen by C.A. Reitzel on 2 October 1838 in the first booklet of Fairy Tales Told for Children. New Collection. The booklet consists of Andersen’s “The Daisy” and “The Wild Swans”. The tale was Andersen’s first not based upon a folk tale or a literary model. “The Steadfast Tin Soldier” has been adapted to various media including ballet and animated film.

On his birthday, a boy receives a set of 25 toy soldiers all cast from one old tin spoon and arrays them on a table top. One soldier stands on a single leg, as having been the last one cast there was not enough metal to make him whole. Nearby, the soldier spies a paper ballerina with a spangle on her sash. She too is standing on one leg and the soldier falls in love. That night, a goblin among the toys in the form of a Jack-in-the-box angrily warns the soldier to take his eyes off the ballerina, but the soldier ignores him. The next day, the soldier falls from a windowsill (presumably the work of the goblin) and lands in the street. Two boys find the soldier, place him in a paper boat, and set him sailing in the gutter. The boat and its passenger wash into a storm drain, where a rat demands the soldier pay a toll. Sailing on, the boat is washed into a canal, where the tin soldier is swallowed by a fish. When the fish is caught and cut open, the tin soldier finds himself once again on the table top before the ballerina. Inexplicably, the boy throws the tin soldier into the fire. A wind blows the ballerina into the fire with him; she is consumed at once but her spangle remains. The tin soldier melts into the shape of a heart. ♥️ 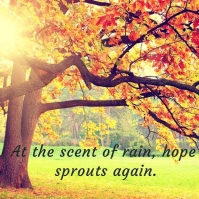 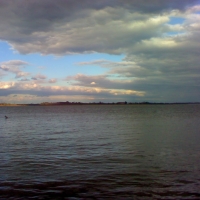 Mindful Of Me Moments Blog

Building spiritual, emotional, physical, and mental health one blog at a time

“In the depth of winter, I finally learned that within me there lay an invincible summer.” ― Albert Camus

Jenny's Reflection
Life Is a Fork in the Road

When we show each other what we find beautiful, we get a glimpse into each other's hearts.

Widower trying to find life after death of spouse.

This site is dedicated to my spiritual and physical journey before and after the death of my husband and the father of my son from cancer. It is about grieving, loving, understanding and sharing, and living in the connection while accepting the physical separation that passing on brings. It is also about moving forward in your life from whatever challenges life hands you and living the life that is wanted for you from above.

Stories of me wading through the shit show that is my life while trying to grieve, work a full-time job and raise a very energetic toddler. #WorthyWidowatWordpress

Life 2.0 and other weird shit

A blog about transformation while walking through life